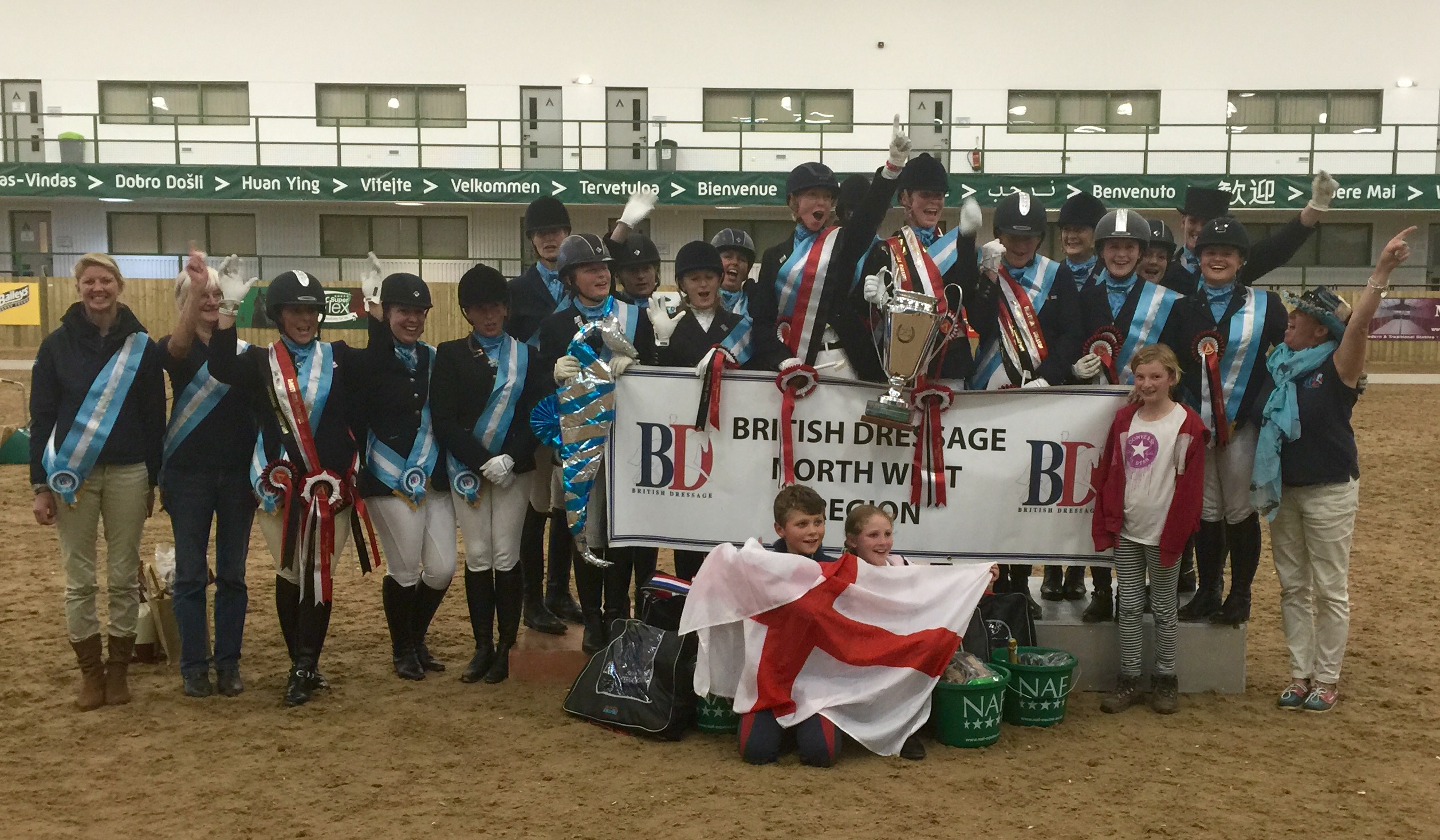 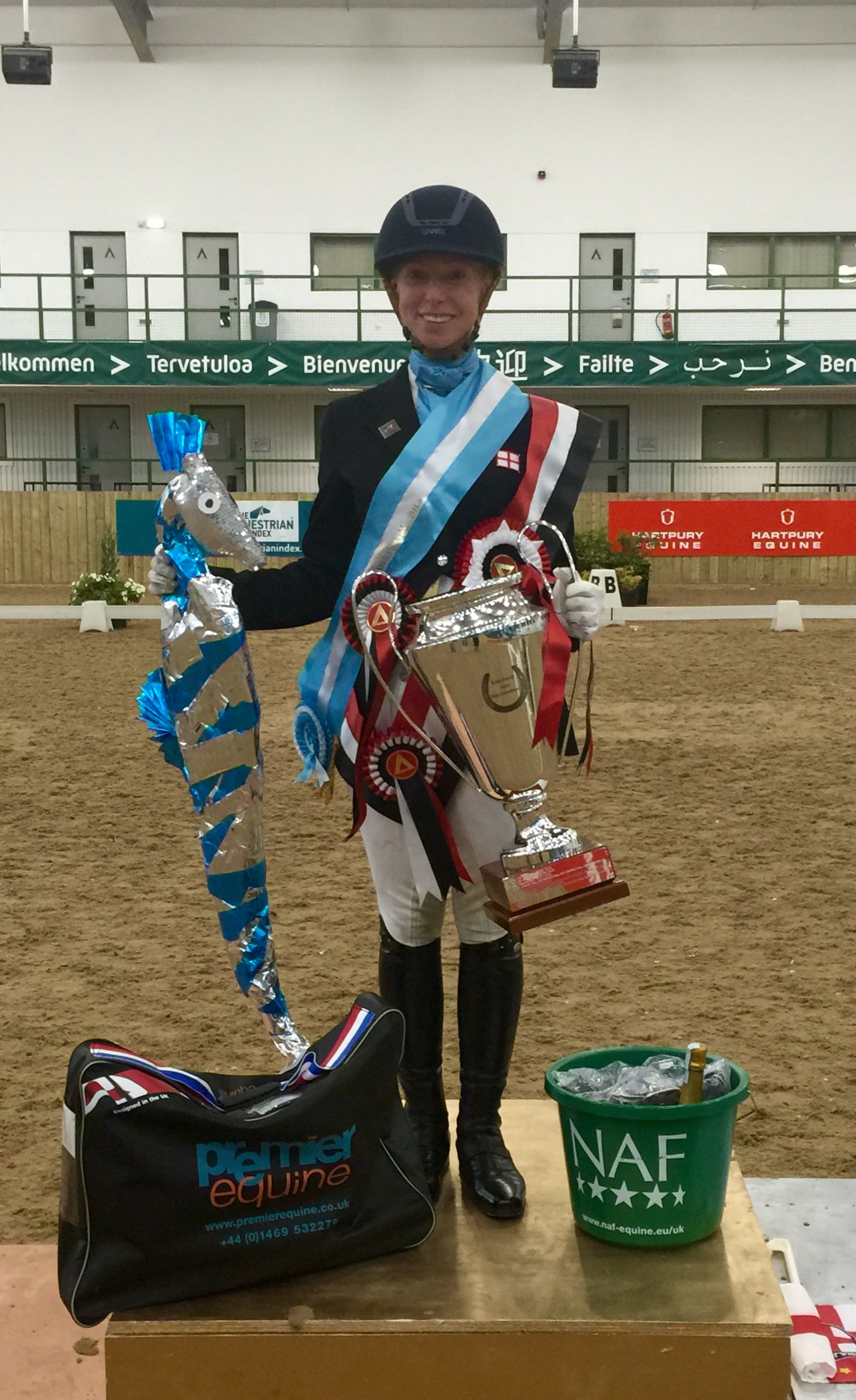 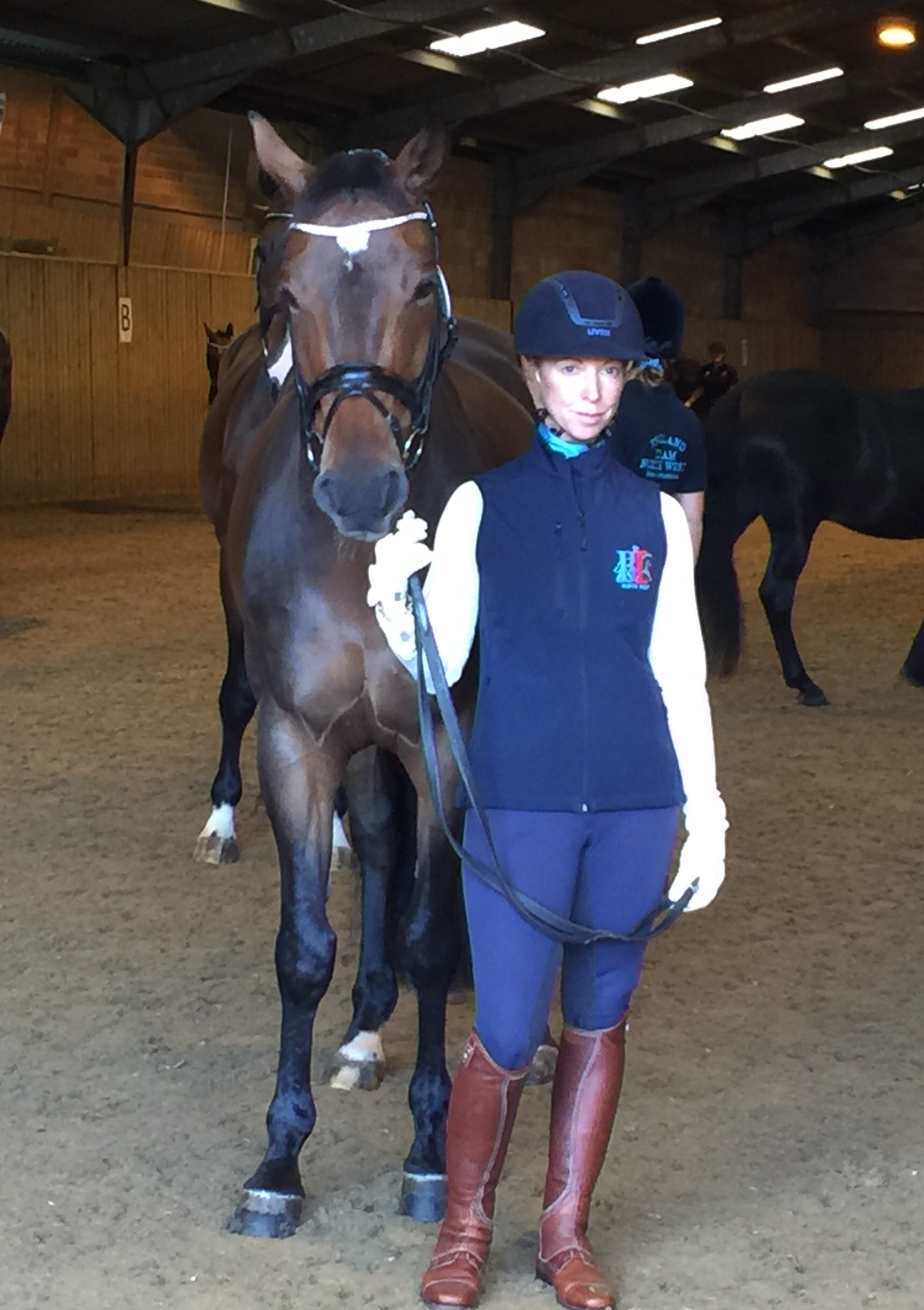 This year the Home Internationals were held at Hartpury and totalled 38 teams from England, Ireland, Scotland and Wales competing for the Trophy. Each region throughout can enter a maximum of 5 teams, each team is made up of 4 riders competition at 4 different levels between Novice and PSG. Preston (riding at Elementary) and I were part of the North West Fasan’s together with Darcas Lever (riding at PSG), Alison Calvert (riding at Medium level)and Sarah Horrocks (riding at Novice Level). the 3 highest scores of each team are combined with the weakest mark being dropped each day over the 2 day competition.

The Fasan’s won with quite a lead over the Eastern team riding for England called “The Grey Gooses.” this was the very first time in the history of the competition that the North West Region held the trophy aloft.

This is the second time that Preston has put me on the Home International podium, last year the North West came home with team bronze and I came home with an individual silver.